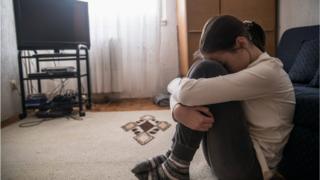 Universal credit is causing tenants to fall behind with rent, according to the Residential Landlords Association.

It said 54% of landlords had seen tenants on the benefit fall into arrears in the last year.

But the Department for Work and Pensions (DWP) said landlords had reported seeing fewer claimants in arrears in the last year.

David Smith, policy director for the Residential Landlords Association (RLA), said it was taking too long for people struggling on universal credit to get the help they needed.

“The system only provides extra support once tenants are in rent arrears. Instead, more should be done to prevent tenants falling behind with their rent in the first place.

“Only then will landlords have the confidence they need that tenants being on universal credit does not pose a financial risk they are unable to shoulder.”

He warned that without such changes, benefit claimants would struggle to find the homes to rent they need.

Meanwhile, David Samson, welfare benefit specialist at Turn2us, said the large number of people on universal credit in rent arrears was “a devastating example of the crippling issues with the benefit”.

“The five week wait for universal credit married with the reality that it is just less generous than previous benefits will only conclude with more rent arrears, more evictions and more homelessness unless the government takes immediate action to fix some of the glaring problems.”

Chris Town, who has been a landlord in Yorkshire for 31 years, says his tenants are “all worried about universal credit; they’re terrified they’re going to lose the benefit”.

He said introduction of the benefit since 2018 had caused many problems.

“You give people time to sort things out, but I’m waiting three months for arrears in some cases.”

He said the problem was getting access to information. “Up to now with housing benefit we’ve dealt with the local authority directly which means information was easy to access.

“Under universal credit it’s not as accessible and you’re not really sure what’s going on.”

Universal credit replaces six benefits, including housing benefit, and merges them into one payment. It’s gradually being introduced but there are concerns that some claimants have seen their overall support cut.

According to research from the RLA, 68% of landlords said there was a shortfall between the cost of rent and the amount paid in universal credit.

The RLA has called on the government to do more to prevent rent arrears occurring in the first place including:

“The best way to help people pay their rent is to support them into work, and universal credit is helping people to get into work faster and stay in work longer than the old system,” a DWP spokesperson said.

“We continue to work closely with landlords and tenants to make improvements to universal credit where necessary, including 100% advances available from day one of a claim.”