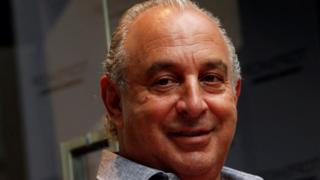 Sir Philip was charged on four counts in May last year after a fitness instructor in Arizona alleged that he repeatedly touched her inappropriately.

The incidents were said to have occurred at the Canyon Ranch resort in Tucson in 2016 and 2018.

Sir Philip denied the allegations at the time. On Monday, his Arcadia Group said the case had now been dismissed.

A statement issued by Arcadia said: “At the request of the prosecution, the cases alleging assault against Sir Philip Green, due to be heard before the Consolidated Court of Arizona in and for the County of Pima on 20 February 2020, were dismissed.

“These matters are now closed,” it added.