US still to grant any Huawei trade licences 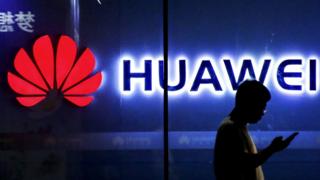 US officials have not granted any licences to trade with blacklisted Chinese firm Huawei, despite receiving more than 130 requests, Reuters says.

The US restricted companies from selling to the electronics giant in May, citing national security concerns, which have been dismissed by Huawei.

President Donald Trump said last month that some exemptions would be allowed.

A spokesman for the commerce department insisted that requests concerning Huawei were “ongoing”.

One industry source suggested to the BBC that a lack of clear guidelines from the Trump administration is to blame for the current standstill.

William Reinsch, a former US commerce department official, claims that officials are “afraid” to make a decision.

“Nobody in the executive branch knows what Trump wants and they’re all afraid to make a decision without knowing that,” he told Reuters.

A spokesman for the commerce department insisted that requests concerning Huawei were “ongoing”.

The US recently added a further 45 businesses associated with Huawei to an export blacklist.

It is the latest in a string of mixed signals from the president, who said this week that crucial trade talks with China would resume “very shortly”.

His surprise announcement came after the the US revealed that it would be adding trade tariffs to $550bn (£449bn) worth of Chinese imports.

Huawei is the world’s second-largest smartphone marker behind Samsung Electronics, but it has so far failed to make a dent in the US, where it currently holds less than a 1% market share.

The company has laid off more than 600 of its US staff since it was blacklisted by the US.

The US Department of Justice has claimed that its close ties with the Chinese government open it up to the the risk of its equipment being used to spy on other countries.

Huawei’s future in the UK is also up for debate, with an announcement revealing whether it should be excluded from the rollout of 5G mobile networks by the end of the year.

Digital Secretary Nicky Morgan told the BBC that she hoped the government “could do something by the autumn”.