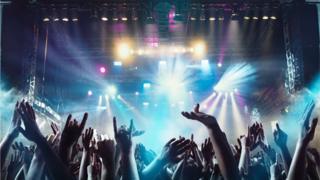 The secondary ticketing website Viagogo has improved how it communicates with customers, prompting the Competition and Markets Authority to suspend plans for legal action.

The competition watchdog said its concerns over how Viagogo presented information had been addressed.

The website was now “worlds apart” from the one that prompted the legal action, the CMA’s chief executive said.

However, he said it had taken Viagogo far too long to make the changes.

“Key information needed to make informed decisions before buying a ticket is now much clearer, including on where you’ll sit in a venue and whether you might be turned away at the door,” said Andrea Coscelli.

“What is clearly not acceptable is the time it’s taken to get to this stage.”

A spokesperson for Viagogo said the company was “pleased” it had been able to work with the CMA “to find solutions to the final few areas of discussion”.

“This has been a complex and detailed process, and open dialogue with the market authority has been essential.

“We are grateful to the CMA for their engagement over the past few months and the ability of both parties to work collaboratively to reach this point.”

Viagogo, like rival ticket reselling operator, Stubhub, offers customers the chance to resell tickets for concerts, theatre, sporting, and other events that they have already purchased via an app.

But the arrival of such sites was blamed for hugely inflating costs for ordinary fans, with ticket touts buying up large numbers of tickets for resale on the secondary market.

Last year, the CMA asked operators to improve the information provided about things like whether there is a risk the buyer will be turned away at the door, which ticket they are getting, and the availability and popularity of tickets.

Two other rival sites, GetMeIn and Seatwave, subsequently closed down.

Earlier this year, Viagogo was told it would face legal action because it had failed to comply adequately with the CMA’s instructions.

However, the CMA said as a result of improvements to the Viagogo website since then the watchdog had now suspended its preparations for court action. But it said it had not ruled out future action if the problems recurred or if other issues were identified.

The CMA said it would keep up its pressure on Viagogo to ensure that it complied with UK consumer protection law.