What’s it like working with someone you’re married to? 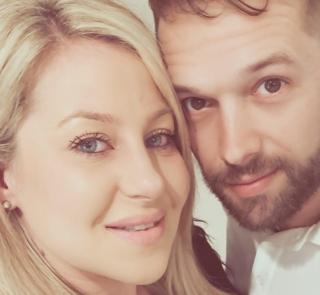 Two of the winners of this year’s Nobel prize for economics are married to each other. So – what’s it like to work to be partners at work with your partner in life?

Sean O’Leary, 34, from Southampton loves working with his wife, Claire, but there is one downside: “We are both very strong characters that want to lead, it’s a bit of power battle sometimes.”

Claire, 33, became a partner in Sean’s plumbing and heating business in 2018 and now handles the marketing and accounts, allowing him to get on with winning new customers and managing their operations.

Sean says he loves working with someone he trusts implicitly and who is brutally honest with him. Claire says she has brought skills to the business that Sean lacked and helped make it more profitable.

“I also got to give up my stressful corporate job so I can spend more time with our kids, which is a massive benefit,” she says.

However, their contrasting approaches to management have led to more than a few “heated debates” in the office, although never in front of staff.

“I like to wear the trousers at work, while she wears them in the relationship,” Sean says, admitting that giving up some of the limelight in office has been hard.

Meanwhile, Claire says Sean is a perfectionist while she is a realist, which can be frustrating – although she admits the firm is “Sean’s baby and I need to step back sometimes and let him lead”.

“Sometimes I do think ‘would it be better to go back and get an office job?’ but weighing up the pros and cons as a wife and mother this is better.”

So called “co-preneurs” are never far from the news either. In October we saw John and Irene Hays, the husband and wife owners of Hays Travel, agree to buy all 555 of Thomas Cook’s shops after the tour operator fell into liquidation.

Then Esther Duflo and Abhijit Banerjee won the Nobel prize for economics alongside their colleague Michael Kremer. The French and Indian economists met while he was her PhD supervisor and married in 2015.

Some 1.4 million couples run businesses together in the UK, according to a study by software firm FreeAgent. Yet this probably underestimates the numbers who actually work together as it does not include those working as employees for the same firm.

Not surprisingly, many balk at the idea of working with their partner for fear that they might clash or that their personal life could spill over into their work life or vice versa, killing the romance.

And then there’s the tricky matter of succession if a couple who run a company fall out of love.

But James Saville, 42, who set up the communications agency Goldbug with his wife Lara Gould, 37, and two other partners in 2014 says most of the risks can be mitigated.

“Lots of blokes say ‘how to you do it?’ but we have learnt how to separate our work and relationship.

“You have to recognise you bring different skills to business. Respect is a big word; I have to understand that she can do some jobs better than I can, and she does the same with me.”

He says they often have different opinions about a subject and, while neither might be wrong, they try to avoid working on the same projects to prevent rows.

“When we are pitching our business, and people see a husband and wife on the team, they really respect it because they know you’ll be driving each other on,” he adds.

Generally he loves working with Lara but there are downsides.

“We have found ourselves at home, when you are supposed to be switching off, talking about the most trivial things like how the new office junior is getting on.

“Most people have a rant to their partners about work and leave it there. But with us it becomes a problem-solving session, so it has advantages and disadvantages.”

Ammanda Major, head of clinical practice at the charity Relate, says that while many couples work successfully together, these arrangements “can also be quite intense” and couples should ensure they have boundaries in place and agree clear areas of responsibility based on their strengths.

They should also avoid “bad-mouthing” each other in front of colleagues, arguing about domestic issues in the office, being too touchy feely or showing favouritism.

“Spending some time apart each week, whether that’s seeing friends, exercising or writing a novel, will allow your relationship to breathe. It’s also important to spend quality time together where you’re not talking about office politics,” she adds.

Unfortunately, some of the risks of working with a spouse or partner are unavoidable, as talent manager Gemma Bowman Yard and her husband John found out a few years ago.

“We worked really well together and very much enjoyed sharing goals and being part of the same project,” she tells the BBC. “However, it all came crashing down when we were put at risk of redundancy at the same time – that really shook our whole world and it was an incredibly stressful time.”

Both breadwinners in the family stood to be made redundant at the same time, just as it was coming up to Christmas.

“With childcare costs for three children to cover, it was just ridiculous. We did not know if we’d have a job in the New Year,” Gemma says.

Luckily she was redeployed within the business – albeit at a more junior level – while John managed to find another job. She’d love to work with her husband again, she says, but only if there was no risk attached.

“We would never want to be put in that situation again.”

Challenges aside, those who do get to work with their romantic partners seem to enjoy some unique advantages over their peers.

James Saville loves having a shared goal to work towards other than raising a family, and believes working with his wife has improved their relationship.

“To have your partner seeing what you go through can be a really good thing, it keeps that level of respect in the relationship.”

Claire O’Leary meanwhile likes working with someone who will always be there for her: “We have known each other our whole lives so we really support each other. We are doing this for our children.”

Do you work with your partner or your spouse? Share your experiences by emailing haveyoursay@bbc.co.uk.