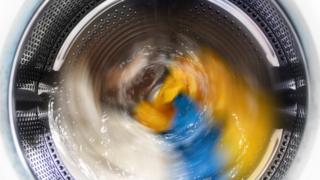 The recall of Hotpoint and Indesit washing machines will start on 9 January, according to owner Whirlpool.

Owners of the affected machines who register on a dedicated website will be asked from that date whether they want a repair or a replacement.

Whirlpool has been forced to recall about 500,000 appliances after it was discovered some were a fire risk.

However, customers were unable to check the safety of their machines online because of technical difficulties.

Whirlpool has been criticised for the chaotic way in which the programme was launched.

The company revealed on Tuesday that more than half a million washing machines built between 2014 and 2018 would have to be recalled because of a fire risk.

But the special recall website crashed immediately and only got back up and running on Wednesday afternoon.

At the same time, customers have been struggling to get through to the company’s helpline.

Whirlpool’s vice president of communications and public affairs, Jeff Noel, said: “It has been an unfortunate situation. It is not the way that any of us would want to start a recall, especially something so important during the holidays.

“But it is such that we have done everything we can to resolve it.”

Half a million appliances need to be fixed or replaced as the door locking system can overheat.

Whirlpool said it had recorded 79 incidents in which washing machines had caught fire because of the electronic door.