Who is the new chancellor Rishi Sunak? 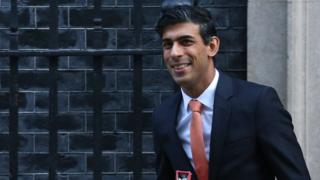 Following the shock resignation of Chancellor Sajid Javid, a new chancellor has been appointed.

With just four weeks to go until the Budget, one of the main events in the calendar for the UK Treasury, Mr Javid has been replaced by new Chancellor Rishi Sunak.

So who is Mr Sunak, and what is his background?

Mr Sunak has been the Conservative MP for Richmond in Yorkshire since 2015. He lives in Kirby Sigston, just outside the town of Northallerton.

His father was a GP, and his mother was a pharmacist. They emigrated from India to the UK with Mr Sunak’s grandparents.

He was born in 1980 in Southampton in Hampshire, and studied at the exclusive private school Winchester College.

Mr Sunak then went on to Oxford University to read Philosophy, Politics and Economics, a tried and trusted route for aspiring Westminster politicians. He also studied for an MBA at Stanford University.

Before entering politics he worked for investment bank Goldman Sachs and a hedge fund, then co-founded an investment firm.

His wife – Akshata Murthy – is the daughter of Indian billionaire and co-founder of IT services giant Infosys Narayana Murthy.

The couple have two daughters.

‘The force is strong’

Mr Sunak campaigned for Leave in the EU referendum, and his constituency voted 55% Leave.

He voted for Theresa May’s Brexit deal on all three occasions, and was an early supporter of Boris Johnson, making a number of media appearances in his support.

In July 2019 Mr Sunak was picked by Mr Johnson to be chief secretary to the Treasury, after being parliamentary under-secretary in the Ministry of Housing, Communities and Local Government from January 2018 to July 2019.

Mr Sunak is seen as a rising star in the Conservatives, with endorsements from people including former Conservative Party leader Lord Hague of Richmond, who has described Mr Sunak as an “exceptional individual”.

He was also endorsed by Mr Javid, who in a recent tweet said “The force is strong with young Sunak” in reference to a phrase from Disney’s Star Wars franchise.

His hobbies include keeping fit, cricket, football and watching films, according to his website.

One of his childhood heroes was Southampton football player Matt Le Tissier.

“One of my prized possessions is an 18th birthday card signed by the entire Saints team, but Matt in the middle there, which I’ve still got,” Mr Sunak told the BBC in an October 2019 interview.

His said his Asian identity matters to him.

“I’m a first generation immigrant. My parents emigrated here, so you’ve got this generation of people who are born here, their parents were not born here, and they’ve come to this country to make a life,” he said.

“In terms of cultural upbringing, I’d be at the temple at the weekend – I’m a Hindu – but I’d also be at the Saints game as well on a Saturday – you do everything, you do both.”

In the interview he said he had been “fortunate” not to have to endure much racism growing up, but he said there was “one incident that sticks in my head”.

“I was just out with my younger brother and younger sister, and I think, probably pretty young, I was probably a mid-teenager, and we were out at a fast food restaurant and I was just looking after them. There were people sitting nearby, it was the first time I’d experienced it, just saying some very unpleasant things. The ‘P’ word.”

“And it stung. I still remember it. It seared in my memory. You can be insulted in many different ways, certainly in this job, but that stings in a way that is hard to explain.”

However, he said he “can’t conceive of that happening today” in the UK.