Why are so few women inventors named on patents? 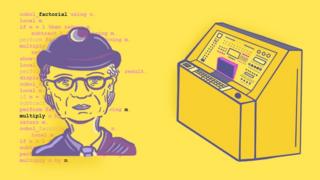 It’s easy to list some of the many everyday items invented and patented by women – the dishwasher, windscreen wipers, the board game Monopoly, to name but a few – but the world is still failing to take full advantage of women’s innovative ideas, a report suggests.

Women inventors account for just under 13% of patent applications globally, according to the study, by the UK’s Intellectual Property Office (IPO). That’s one female inventor for every seven male ones.

And although the proportion among patent applications is increasing, at the current rate it won’t reach gender parity until 2070.

So, why are there so few women in the world of inventing?

Currently only about a quarter of the UK workforce in Stem industries is female and fewer girls and women study these subjects at secondary school and university, despite efforts to diagnose and solve this imbalance.

Patents are granted to the owner of an invention, allowing the creator and subsequent owners to prevent others from using their invention. In order to qualify as an “invention” patent, the filing must contain a new, useful idea – that would not be obvious to a skilled person in that field.

They can be filed individually, or by teams of inventors.

The gender disparity among inventors grows even starker when you take into account most female inventorship takes the form of a lone female on a male-dominated team.

All-female teams are nearly non-existent, making up just 0.3% of applications, according to the IPO.

Even when they apply for patents, women may be less likely to receive them, according to a study of US patent applications, by Yale University researchers. They found applicants with an obviously female name were less likely to have their patent approved.

And of course, not everyone involved in an invention is credited with a patent.

All in all, female scientists are less than half as likely to obtain a patent for their research, according to a previous World Intellectual Property Organisation study, suggesting women may be less likely than men to think about commercialising their inventions.

Biotech the most gender equal

In 1991, Ann Tsukamoto developed a way to isolate stem cells. Her innovation led to great advancements in understanding the blood systems of cancer patients and could lead to a cure for the disease.

Dr Tsukamoto, who is currently conducting further research into stem cell growth, is also the co-patentee on more than seven other inventions.

Biotechnology, the use of living organisms to produce useful products such as medicine and food, is the sector with the highest proportion of female inventors. Some 53% of biotechnology-related patents have at least one female inventor.

In second place, 52% of pharmaceutical-related patents have at least one female inventor.

Electrical engineering was at the bottom of the list, with fewer than one in 10 applications having at least one female inventor.

During the same period, the proportion of applications naming at least one woman among the inventors rose from 12% to 21%.

“We should applaud the fact that some of the greatest scientists and inventors throughout history have been women – from Marie Curie and Rosalind Franklin to Grace Hopper, inventor of computer programming, and Stephanie Kwolek, the inventor of Kevlar,” she says.

“We should tell their stories.”

At the other end of the scale, in Japan and South Korea fewer than one in 20 patent applications included a female inventor during the time period.

How was the data collected?

The gender of inventors is usually not included in patent applications, so the IPO inferred gender based on inventors’ first names, using data from the European Patent Office Worldwide Patent Statistical Database (PATSTAT).

Inventors’ names were matched to a gender using birth data from the UK’s Office for National Statistics and the US Social Security Administration, which lists the names of all babies born, and the number of male and female entries, as well as by crawling Facebook profiles to create a larger list of names and their likely gender.

Only names for which at least 95% of entries were male or female were included, so gender-neutral names such as “Robin” have been excluded.

A total of 75% of inventors’ names were matched to a gender, although this success rate varies country by country. The name lists used were biased towards Western names, so the UK has the highest “success rate”, while countries in East Asia, including South Korea and China, have a lower rate.

BBC 100 Women names 100 influential and inspirational women around the world every year and shares their stories.