Why didn’t the Bank of England appoint a woman?

December 24, 2019 by Joshua Marshall No Comments 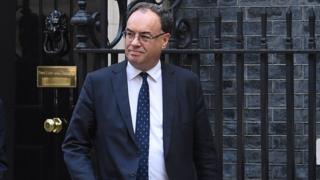 While many have welcomed Andrew Bailey’s appointment as the new governor of the Bank of England, some suggested he has one key flaw: he is a white male.

In different circumstances that might not have raised hackles. As boss of City regulator the Financial Conduct Authority, Mr Bailey has lots of experience and is well qualified for his new job.

However, the Bank has repeatedly come under fire for not being representative of the population over which its policies have so much influence.

And as Mr Bailey becomes the 121st governor he highlights an uncomfortable truth. Not once in the institution’s 320-year history has it picked a woman to be its leader.

For Dominie Moss, the founder of Return Hub, a City recruitment firm, it points to a serious problem not just at the Bank but in the world of finance as a whole.

“When the intake level is broadly equal and the board level is anything but, we have to be honest that there is a culture problem in financial services.”

Andrew Bailey was appointed by the government, not the Bank: chosen by Chancellor Sajid Javid and approved by the prime minister.

Mr Bailey was picked because he was the right man for the job, says Bev Shah, the founder of City Hive, which promotes diversity in the City.

But she asks: “Why was there no right woman for the job?”

Ms Shah says his appointment highlights “significant structural issues” in the pipeline of talent at the Bank.

“The role should never have been given to a woman just because of her gender,” she says.

But she thinks the “entire structure” of the Bank – including those on its committees who could one day become governor – is “not very diverse”.

The Bank admits it could do better. In its annual report this year, the it said it was set to miss its own diversity targets, despite efforts to recruit and retain more women and black, Asian and minority ethnic (Bame) staff.

It had hoped all non-senior jobs would be equally shared by men and women by 2020, but the proportion this year was just shy at 46%.

Women now hold almost a third of senior management roles, a big improvement from 17% in 2013, but still below the target of 35%. Meanwhile, only 5% of senior Bank staff identify as Bame.

The statistics suggest the Bank is doing better than the economics profession overall. But, as a recent picture of the nine members of its Monetary Policy Committee shows, the lack of diversity at the top is glaring.

It was for this reason that the Treasury promised to make diversity a priority when choosing the new governor. It even hired a headhunting firm that specialises in placing women in top roles.

For a while, Dame Minouche Shafik – a former deputy governor of the Bank and a director of the London School of Economics – was tipped as the government’s favourite. But in the end Mr Bailey won the day.

Some think a deeper systemic trend is to blame for the reluctance to pick women: the startling lack of female economists in the world.

Most top roles in finance go to people with degrees in economics. But economics courses have long skewed male, with some arguing that women are put off because of the profession’s male-oriented image.

It has made it doubly hard for women who do specialise in the subject to rise to the top in their careers. Last year the American Economic Association, which promotes the study of economics, surveyed current and former members including academics and working economists. It received 9,000 responses.

Nearly half of female respondents reported having been discriminated against on the basis of sex, compared to 3% of men.

And lots said they felt excluded by the adversarial style of debate common to many economics faculties.

Almost half said they refrained from asking questions during discussions at their place of work in order to avoid “possible harassment, discrimination or unfair and disrespectful treatment”. And 69% felt their work was taken less seriously than their colleagues’.

Some argue female PhD students are also held to higher standards. Papers written by women receive a much higher rate of “revise and resubmit”, claims a recent study by Prof Jenna Stearns of the University of California, Davis.

Such women are also much less likely than men to have a tenured academic job 10 years after graduation, the paper also found.

According to Dominie Moss, appointing a female governor of the Bank of England is not going to solve finance’s wider diversity problem.

“Diversity in the City has to go beyond one or two top appointments,” she says.

But Yasmine Chinwala, a partner at think tank New Financial, thinks the Bank would set an example if it mirrored the more progressive City firms out there.

“These companies are applying rigour around picking apart what the criteria and process is when someone is due to get a promotion or win a senior appointment,” she says.

“For example, we see that promotion is often awarded for those who work on the biggest deals or projects.

“The companies committed to change are taking a deeper look at giving women more exposure so that when a promotion comes up, they have a more equal shot at it.”