Working all night is not ‘a badge of pride’ 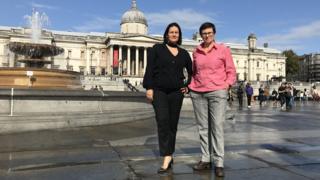 After years of early starts and late nights, two of KPMG’s former top bosses have shunned what they call a “culture of fear” at the “big four” accountancy firms to start a rival that prides itself on keeping more sociable hours.

Maggie Brereton and Ina Kjaer each spent more than 20 years on the team that advises businesses on deals at KPMG, where it was seen as a “badge of pride” to work all night, Ms Brereton told the BBC.

“There’s a traditional macho culture that pervades,” she says.

“I remember doing my first ‘all-nighter’,” she says. “I came back into the office the next day with a swagger.”

But now, she believes those long hours aren’t necessary, saying people are pulling all nighters “almost for the sake of it”.

And she thinks the prospect of working those anti-social hours puts off potential employees, especially women and those with caring duties or young children.

Instead, the new firm – Eos Deal Advisory – aims to bring together a diverse team that Ms Brereton says will be better equipped to “get to the heart” of what needs to be done to get a deal over the line.

And she says that appeals to clients: “They don’t necessarily want to be doing these crazy hours either.”

But Tamzen Isacsson, the boss of the Management Consultancies Association, which counts the big four firms among its members, says established firms are working to promote sociable hours and an inclusive culture.

“There are significant strides being made in creating a more gender balanced culture and a more inclusive culture.

“There isn’t a need to create companies to deliver that – our companies are delivering that already.”

Ms Isacsson says there is now a greater awareness of what is considered acceptable within companies, adding that “macho culture has been eradicated”.

“What was acceptable 20 years ago is no longer acceptable and there are huge efforts – I cannot underline how heavily firms are working – to ensure that there is a much more inclusive culture where everybody can belong.”

She adds that there is a “very strong and well-intentioned” drive to rebalance diversity among the leadership at firms, adding that it is “impossible” to think of an example where a company had promoted someone who behaved in a macho way.

“These firms are incredibly attractive to employees, they’re hugely over-subscribed,” she says. However, she notes that in order to retain and attract talent they need to offer a good salary, sociable working hours and training.

Nevertheless, Eos co-founder Ms Brereton thinks her firm will be able to attract people from the big four who are looking for a change.

“We are interviewing every day,” she told the BBC, adding that they already had a list of potential clients who want to work with the new firm, which began trading this week.

Ms Brereton and Ms Kjaer resigned from KPMG in February over the firm’s response to allegations of bullying.

In a statement, KPMG said: “KPMG has a strong, inclusive culture, evidenced by consistently high employee engagement scores, good retention rates and numerous awards for our role as a top employer.

“We are proud of the contribution our people make to the UK.”

Do you work long hours? Do you think it’s necessary to do so? Share your experiences by emailing haveyoursay@bbc.co.uk.