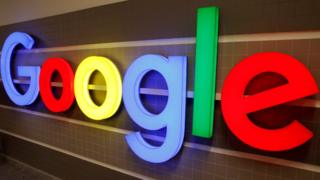 Google’s parent company has published details of its YouTube and cloud business for the first time, as the firm’s advertising business continues to slow.

Overall Alphabet revenue increased by 17% year-on-year to $46bn – the slowest rate in more than two years.

Alphabet said it earned $2.6bn in cloud revenue for the most recent quarter – compared to almost $10bn at Amazon. However it is fast-growing, rising more than 50% year-on-year.

Alphabet and others make money in cloud computing by charging companies to host their data remotely, rather than firms maintaining their own servers.

“It’s always important to put these sorts of misses into perspective,” he said. “The core businesses, like Search and YouTube, continue to generate prodigious quantities of cash.”

Alphabet reported quarterly profits of almost $10.7bn, up 19% year-on-year, while costs rose 18% to $36.8bn, as the firm invested in data centres and hired new staff.

At more than $15bn for 2019, YouTube’s ad business accounted for almost 10% of Alphabet’s overall revenues last year – but the firm also said it shares a large portion of YouTube ad revenue with people posting videos.

Mr Pichai said the firm sees opportunity to make even more money off its YouTube adverts, including by targeting them more precisely.

“We see that as a big opportunity and are investing for it,” he said.